Structure your Divorce Agreement to Qualify for a Mortgage!

There are two points to this blog – Firstly – to give you some useful information on what you need to qualify for a mortgage post-divorce and secondly – of course – to sing the praises of mediation and positive divorce!

A few facts of a recent divorce I mediated: husband and wife agreed that the wife should keep the marital residence for the ben 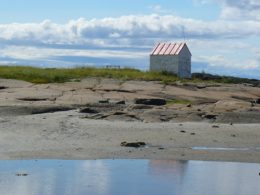 efit of the children but she would need to refinance husband off the current mortgage because it was important to him that he would be able to buy a house of his own within a couple of years. The wife had been a stay at home mom and Maintenance and Child Support would be her primary source of income for the near future as she worked on establishing a new career.  We had negotiated a preliminary agreement but wanted to make sure the agreement would accomplish their goals.

Working directly with a mortgage broker we learned that in order to qualify for the mortgage the wife would have to show receipts of the maintenance and child support payments for a minimum of six months before applying and that it would have to continue for at least three years thereafter.  We also learned that her debt to income ratio post mortgage could not be more that 43%.

We realized that the agreement we had tentatively made would not allow the wife to refinance the mortgage. Knowing this BEFORE an agreement was signed allowed us to re- roll up our sleeves and re-work the agreement so it would work. Since it was in both parties interest that the wife would be able to keep the house they agreed to increase the amount of and extend the length of spousal support and pay off a car loan in wife’s name in exchange for the wife receiving a smaller split of the assets.  he ultimate “numbers” remained the same but it allowed the couple to achieve their goal. Additionally, the new deal happened to be more tax advantageous for the husband (while being tax neutral to the wife).

That, my friends, is mediation and positive divorce in action!  Exciting right? Ok- so maybe I need to get out more but- when we are all sitting at the mediation table with calculators working together toward that common goal – a lot of the animosity that may have existed between the couple seems to go away and great agreements can happen.  This happens when I mediate in my office or when I have clients who divorce at DivorceHotel.

I can only imagine how many divorce agreements have been created through a traditional divorce process that say “The Wife will refinance the mortgage out of Husband’s name by (date)…” that have no chance of actually being refinanced.

Do you also have questions about structuring your Divorce Agreement? Feel free to contact me any time or register for the DivorceHotel free consultation!

« So easy to marry and so difficult to divorce, it’s time for change! 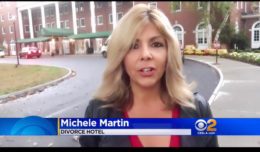